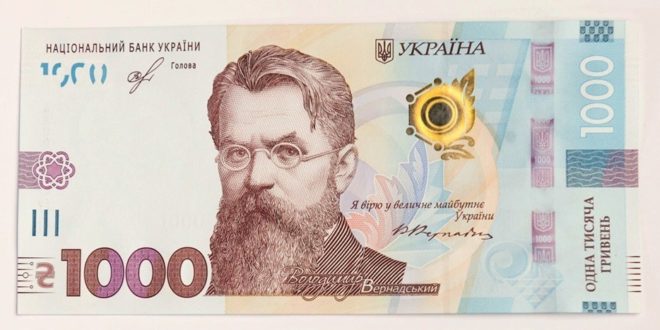 New coins instead of paper money in Ukraine

In October, coins of 1, 2 and 5 kopiykas are eliminated from circulation. A coin of 25 cents will also disappear soon.

New coins (kopiykas) in denominations of 1, 2, 5 and 10 hryvnia will be silver, small in size and light.

On a coin with a nominal value of 1 hryvnia a portrait of Prince Vladimir the Great is depicted; 2 hryvnias – Prince Yaroslav the Wise; 5 hryvnias – Hetman Bogdan Khmelnitsky; 10 hryvnias – hetman Ivan Mazepa.

What to do with coins?

According to the plan of banks, Ukrainians have three years to “get rid” of coins (kopiykas).

October 18, 2019: stores, public institutions, and other businesses transfer collected coins to banks. In turn, the National Bank of Ukraine sends them for recycling.

Until September 30, 2020: the remaining coins can still be exchanged at national banks for coins or banknotes of a larger denomination, which are in use.

From October 1, 2022: kopiyka in denominations of 1, 2 and 5 can only be collected. They are not subject to exchange in banks.

Time to use new coins (kopiykas)  instead of paper money, (hryvnia)  in Ukraine.

The banknote of 1000 hryvnias depicts Vladimir Vernadsky – a famous Ukrainian scientist, thinker, the first head of the Ukrainian Academy of Sciences (it is depicted on the back of the bill).

Vernadsky’s life was closely connected with Ukraine. He belonged to the patriots of Ukraine and predicted a happy future for the Ukrainian people, which would surely take its rightful place in Europe and the world.

The banknote will be equipped with 8 security features.

More information about Ukraine You may find here.