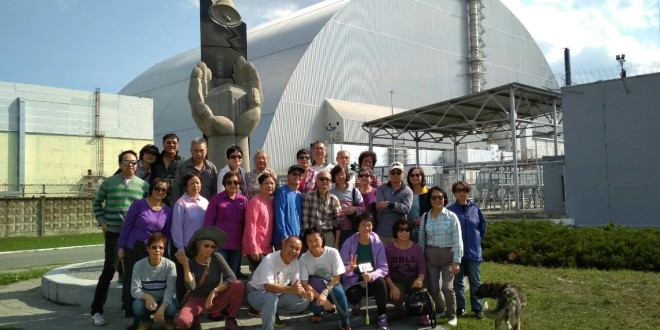 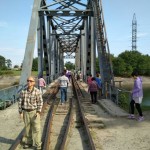 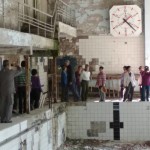 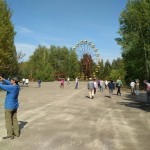 Chernobyl tour has all chances to be one of the most fascinating tours in your life.

Nuclear tragedy that happened on the Chernobyl nuclear power plant was shocking for the whole world. And now 30 years after the tragedy thousands of tourists each year plan their Chernobyl trips.

During Chernobyl tour you will be 30 years back, see in your own city which stooped in its development and feel its atmosphere. Yes, you can you visit Chernobyl and see lost in time city Pripyat, alley of dead villages, Nuclear reactor and wild nature around. These all will impress you for the whole life.

Before visiting Chernobyl have a look on main highlights about city and tragedy 30th anniversary.

As a result of the Chernobyl reactor explosion 155 000 km2 territory of the former Soviet Union with a population of almost 7 million people got the radioactive contamination on April 26, 1986. Soon after the accident on the most affected area, 30 km from the nuclear power plant has been recognized as exclusion zone.

330 000 people have been relocated as a result of the disaster from their homes and never returned back home. Pripyat and Chernobyl cities were totally evacuated.

According to the experts, as a result of the Chernobyl accident, the total release of radioactive materials was about 50 million curie, which is equivalent to the explosion of 500 nuclear bombs dropped in 1945 on Hiroshima

Emissions of the radioactive elements on the Chernobyl nuclear power station stopped only 6,5 months after the accident when the sarcophagus was constructed over the 4th power unit.

Until 2000 the rest of the Chernobyl power units continued to operate with periodic stops for repairs.

The term of the guaranteed operation of the sarcophagus has been calculated up to 2006, so already in 1998 it was decided to build a new “Shelter-2”. EU together with 26 Western donor countries agreed to provide 768 million dollars for the construction of the second sarcophagus. Its installation started in 2012.

Under the leadership of the French Bouygues Construction 2,000 Ukrainian employees work on the construction of the sarcophagus. They work in shifts and rotate each 15 full days on the reactor and then 15 days of vacation. 60 people are involved in the questions of radiation safety. The project is scheduled to the end of 2016. A new shelter height is planned to be 110 m, length – 257 m, width – 164 m.

Chernobyl nuclear power plant should be completely eliminated by 2065. Total cost of the transformation Chernobyl into an environmentally safe system is estimated at about $ 1.3 billion, according to TASS.

Nowadays The Exclusion Zone is gradually colonized animals as rare and common.

We offer 1 or 2 days tour to Chernobyl. Ask for detailed plan!