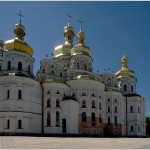 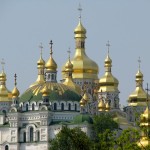 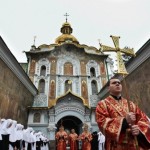 Kiev is known not only as cultural center, but also as a spiritual point for many centuries.

Duke Vladimir chose Christianity among three main world religions and in 988 Kievan Rus has been baptized. This event predicted history of Kievan Rus and Kiev as its ancestor.

History of this monastery started in early 1051. Young monk – Venerable Anthony – digged a small cave for praying and this put the beginning of future prominent Orthodox Christian place. During its history Cave monastery survived many difficult periods and suffered from many needs. The most difficult times started after October Revolution 1917. Shortly after revolution in 1926 the monastery was completely closed by the Soviet authorities. But this was only the beginning. A lot of monks were prisoned, some even killed. The heart of Monastery complex –St. Dormition Cathedral – was totally ruined in 1941.

Cave monastery was named one of Seven Wonders of Ukraine in August 21, 2007.

During the tour you will learn history of Kiev-Pechersk Lavra, visit caves and cave churches.

Price: from 15$ per hour
(does not include entrance fees and transportation services)
Duration: about 3 hours