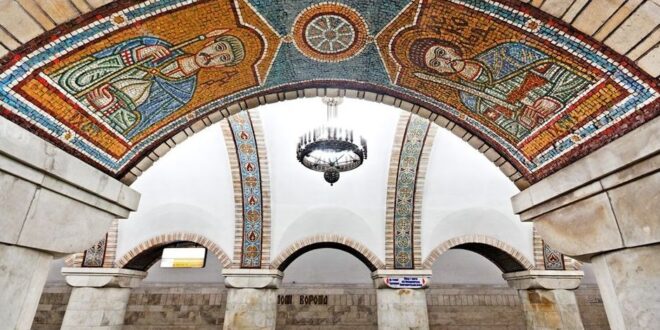 Kyiv boasts to have thousands of exciting sightseeing and surely can impress even experienced travelers. There are numerous things to see in Kyiv:  historical buildings and monuments, beautiful streets and squares, amazing places and stories of prominent people who lived or worked here. Definitely, Kyiv subway system is one of the things to see and explore in Kiev! The first metro station was opened in Kyiv on November 1960.  Kyiv metro system became the third subway in the USSR after Moscow and St. Petersburg. We have prepared Top 10 most interesting facts about Kyiv metro.

So, let’s find out – How does Kyiv metro work? How much does it cost? Is it worth explore Kyiv subway?

How many lines and stations does Kyiv metro have?

Arsenalna metro station is  the deepest station in the world (over 105 m). This is a London-type station with no central lobby. You need to take two escalators to go down to the station and it takes around 5 minutes.

Golden Gate Station is one of the most beautiful stations in Europe. In 2012, the British Daily Telegraph has recognized the station as one of the 22 most beautiful in Europe. The lobby of the Golden Gate is decorated with unimaginably beautiful and unique mosaics. Each one tells a different story about all the Kiev princes of Kievan Rus, the founders of Kiev – Kiy, Schek and Khoriv, saints and even the most famous Kiev churches.

How much does Kyiv metro cost? 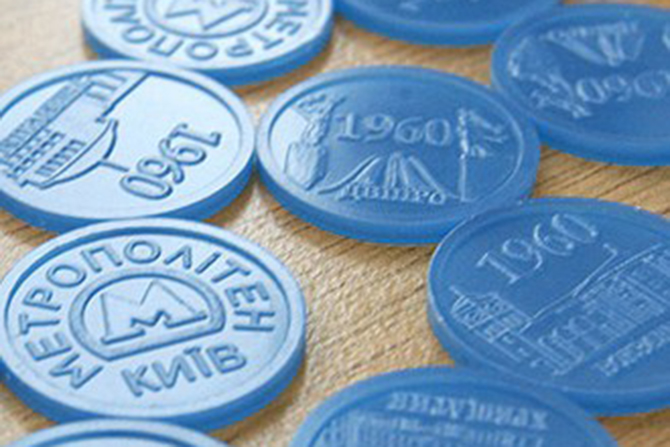 Kyiv metro tockens. How much does metro cost?

One trip costs 8 UAH, what is equal to 0,33USD or 0.30 EURO. Price does not depend on length, it is charged per trip. The first tickets were paper one, of course, with Lenin image. Currently the metro wants completely exclude usage of tokens and cash payment.

How fast is Kyiv metro?

There are no trash bins and toilets in the Kiev metro. All because of safety measure against fire and terrorism. Still You will be suprised that Kyiv metro is very clean having no trash bins.

Metro as an art object 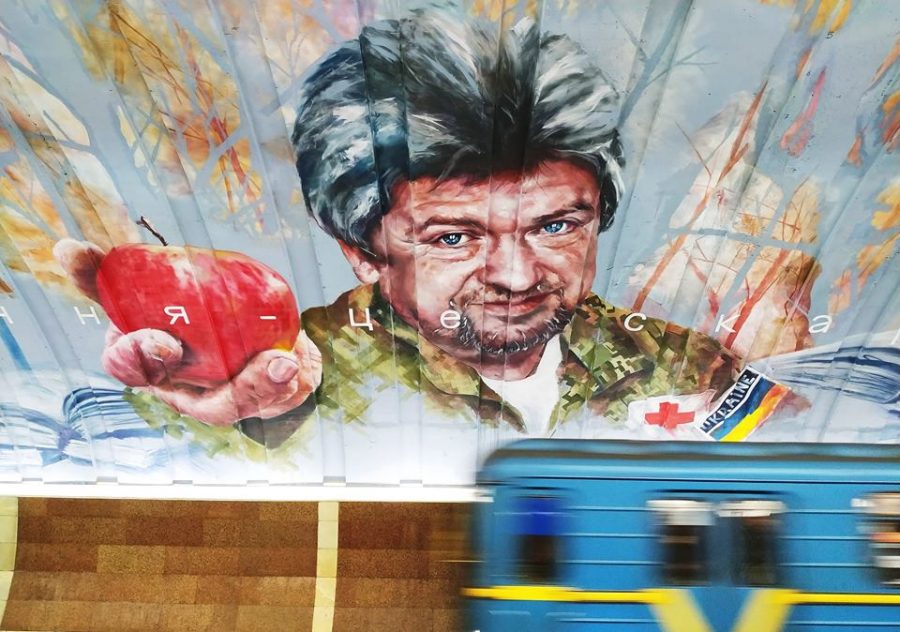 There are eight large-scale murals painted  on the Osokorki metro station. Eight artists from Brazil, Switzerland, the USA, Costa Rica, Spain, Belgium and Ukraine worked on the project for 4 months, every night from 01:00 am to 05:00 am– while the subway does not work. The main idea of murals is to show identity of the Ukrainians.  Let us show You few murals.

This is photo of Vladimir Donos – the school teacher of Gadyach (Poltava region) and the hero of the ATO.  In 2014, the battalion of Vladimir came under enemy fire near Ilovaisk. He was seriously wounded in the leg and laid in the forest for five days among the bodies of his fellow soldiers. The knowledge he gained from books throughout his life, and his love to family, helped him to survive. Five days later, two locals found him and took him to a Donetsk hospital, where his leg was amputated, and he was captured. September 18, he was released from captivity. Today, Vladimir Donos is again working as a school teacher in his hometown of Gadyach, Poltava region.

More information about Kyiv things to see and do.