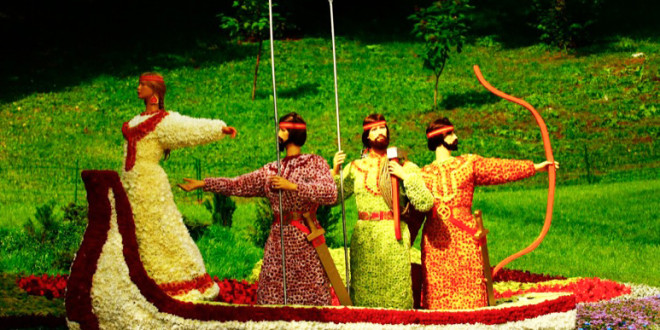 Dear friends, this month Kiev has lot things to do and see. Music festivals, National Vyshyvanka day, Bike day, National Kiev city day and much more! If you are planning your Kiev tour learn our Kiev May Festival Calendar and take active part in city life! 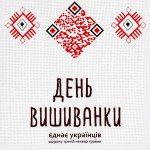 Vyshyvanka means embroidered shirt or traditional Ukrainian dress with embroideries. This year we will celebrate it for the 10th time.

On this day, the Ukrainians all over the world will wear embroidered shirts or supplement ordinary clothes Ukrainian with national symbols.

International campaign National Vyshyvanka Day was founded by the student of the History Faculty, in Chernovtsy in 2007. Since that time this day became special and beloved by others.

This holiday unites Ukrainian people regardless of their gender, social status, religion or political views. Its main goal is to preserve ancient traditions and renew national wearing embroidered clothes.

National Vyshyvanka Day will be held in many cities of Ukraine, but the most popular in Kiev. 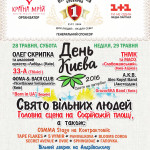 The official part of Kiev’s Day is being held at the Sofia area. May 26 here is the official opening of the Festival of the waltz. Also in the festival program: the mass execution of Kiev hymn, performances and symphonic wind orchestra, a day of jazz music, electronic music festival “Horse Racing”

As part of the summer project “City of joy” on May 29, is scheduled plenty of entertainment for the whole family, the original seating areas, master classes and competitions. Organizers promise a unique event and vivid emotions. Free admission!

In addition, the city is expected to Festival of Ballooning “Kiev Cup” with the free flight over the city and surrounding areas, as well as light and music show at St. Michael’s Square. General launches balloons are held in the morning from the Hydropark or park of Friendship of Peoples. Evening flights are operated in the vicinity of Kiev. 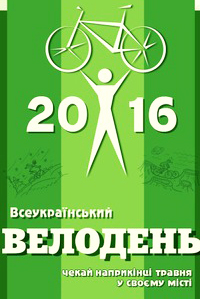 National Bicycle day – event that brings together thousands of cyclists. Annual BikeDay gathers supporters of two-wheeled transport to promote healthy and active lifestyles and ecological alternative to city car, the creation of civilized conditions for cyclists in cities of Ukraine. Participants BikeDay advocate for the safety and respect on the roads, bicycle paths and creating bike parking places.

2016-05-10
superadmin
Previous Chernobyl tragedy: 30 years after
Next Kiev city day celebrations: things to do in Kiev!