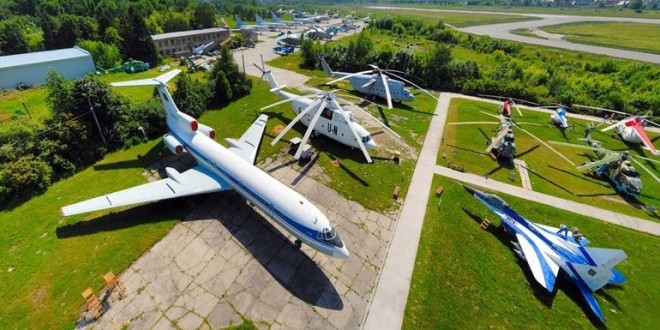 The best museum in Kiev according to the CNN version

American CNN channel published the rating of the 14 best aviation museums from all over the world. Sixth position was taken by the Ukrainian State Aviation Museum, which is located in Kiev.

The authors of the rating underline that Kiev exhibition of aviation technology is one of the largest in the world. CNN assures the Jet TU-104 is the most impressing and the oldest surviving aircrafts of this type.

The National Aviation Museum is considered one of the youngest in Ukraine. The exposition consists of more than 70 aircraft, ranging from single private airplanes and ending with a huge cargo seaplane and supersonic bombers. The museum is located near Kiev airport Zhulyany.

In this museum you can see the world’s largest helicopter Mi-26. This helicopter can transport almost 80 people. Mi-26 was cut into 6 pieces before transportation to the museum exposition. Each part was loaded onto a separate large truck and escorted to Kiev by police during 3 days, where it was welded into a single unit.

Visit the best museums in Kiev with yourkievguide.com!

One look is worth a thousand words!

2016-02-25
superadmin
Previous Where to eat in Kiev?
Next TOP Ukrainian traditional dishes