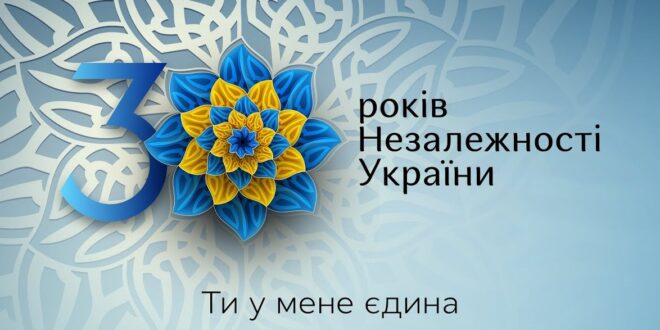 On August 24, Ukraine celebrates the 30th anniversary of the Independence. Big day and big celebrations are planned to be performed! Urainians will have a long weekend for four days: from 21 to 24 August.
In honor of the Independence Day of Ukraine there will be a number of events in Kyiv (Kiev)  and other cities all over the country. Here is a list of the the most interesting activities for you.

“You are my the only one!” – President Volodymyr Zelenskyy declares about Ukraine on the occasion of 30th anniversary of the Independence of Ukraine.

When: August 24, 2021
Where: Khreshchatyk
The first parade since 2018 will take place in Kyiv (Kiev). The planned passage of three columns: foot, mechanized and air. In total, more than five thousand military men, 100 aircraft and 400 weapons will take part in the parade.

Parade on the Dniepro river

When: August 24, 2021
Where: the Dnieper River near Trukhanov Island and the River Station
What time: 14:00
The parade will be attended by boats of the Naval Forces and the State Border Service.

When: August 23-24, 2021
Where: VDNKh
15 balloons will take part in the festival “I am a citizen”. Guests will be shown the show and given the opportunity to climb in a tied basket to the height of the 10th floor.  Entrance – 290 hryvnia for a group of up to 10 people.

When: August 24, 2021
Where: Constitution Square
What time: 17:00
Andrea Bocelli – the world famous singer will perform together with four Ukrainian singers: soloists of the National Opera of Ukraine Lyudmila Monastyrskaya and Tamara Kalinkina, Tina Karol and Jamala. The concert will be accompanied by the National Symphony Orchestra under the direction of Vladimir Sirenko and with the participation of the National Ukrainian Folk Choir of Ukraine named after Grigory Verevka.

On Sunday evening, August 22, residents of Kiev and guests of the capital can go to a large-scale concert “Ark Ukraine”. It will feature the best masterpieces of the Ukrainian musical heritage, as well as the stars of the modern Ukrainian stage. The groups DakhaBrakha, Chorea Kozatska, Kurbasy, the Youth Symphony Orchestra of Ukraine, the Dudarik choir, Jamala, Svyatoslav Vakarchuk, Yulia Sanina and Alina Pash will perform at the concert.

Concert at the NSC “Olympic” “Independence in our DNA”

The concert will feature 34 Ukrainian artists, including Sergey Babkin, the Go_A group, Tina Karol, BRUTTO, DOROFEEVA, Jamala, Oleg Vinnik and others. The money raised from the concert at the Olimpiyskiy will go to the creation of the Center for Contemporary Art – the Ivan Marchuk Museum.

Independence celebrations in the other cities of Ukraine

You can enjoy music and songs at the Museum of Folk Architecture and Life in Lviv on August 22-23.
A family concert will take place in a meadow. In addition to the concert, guests will also be given master classes, a walk-quest “Museum Nearby”, and a show from the cynological school. Entrance with museum tickets.

Excursions and a festival will be held in the Kamyanets-Podolsk Historical Museum-Reserve on the Independence Day. On August 20, a museum hour for preschoolers will take place, then – the historical quest “Kamenets in faces during the years of independence” and a collective exhibition. Participation is free by appointment.

In Ternopil on August 26-29, in Shevchenko Park, an international potters’ festival “They mold not holy pots” will be organized. The current theme is “Ceramics of the Princely Era”.
In total, about 30 masters will take part. Guests will be given master classes, shown an exhibition of ceramics, and held sessions of clay art therapy. There will also be funny clay fights and pottery contests. You will be able to feel the spirit of that time – watch knightly duels and hand-to-hand fights, shoot from a bow. The festival program includes a concert, prize drawings, a fire show to burn out a huge clay sculpture. Free admission.