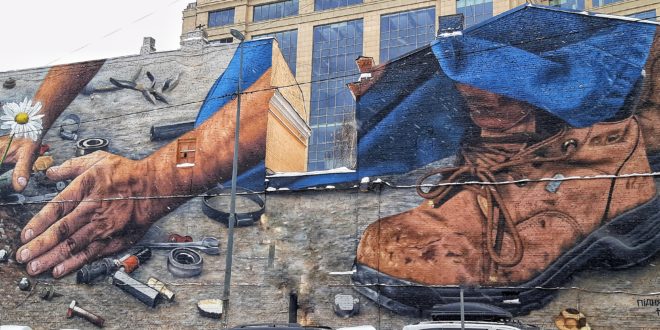 Rise up in the dirt - social topics on Kiev murals

Mural “Rise Up in the Dirt”, located in the Pechersk district of Kiev, is recognized as one of the best in the world. The author is a painter from New York – BKFoxx. It shows a person who helps the flower to grow from a heap of dirt.

Today there are more than 150 murals in the Ukrainian capital, and new images are appearing constantly.

More and more artists all over the world visit Kiev in order to creat their art object. Let us offer you Kiev mural tour and show the most popular murals in Kiev.

What does mural mean?

The word “mural” comes from the Latin “murum” – meaning “wall”. The first murals in the mankind history of are the drawings of mammoths, scratched on the rocks with sharp stones. Diego Rivera – the Mexican artist – is known as the creator of the modern muralism.

How many murals in Kiev?

In Kiev the first murals appeared in the summer of 2015.

Kiev Mural’s boom also fell on a turbulent time for the country. Some works were the answer to the big shocks in the society. For example, mural of Ukraine in the image of a girl on Andriyivsky Descent with bright patriotic overtones, as well as a portrait of Sergey Nigoyan, who was killed on the Maidan during revolution 2014-2018.

In March 2016, another project was born in Kiev, designed- to give new life to the old walls. The goal of the international initiative Art United Us is to unite artists in the fight against propaganda. 200 painted walls in Kiev and around the world should become a manifesto of the struggle for peace and draw attention to global problems, using art as a medium.

List of the most popular and famous Kiev murals 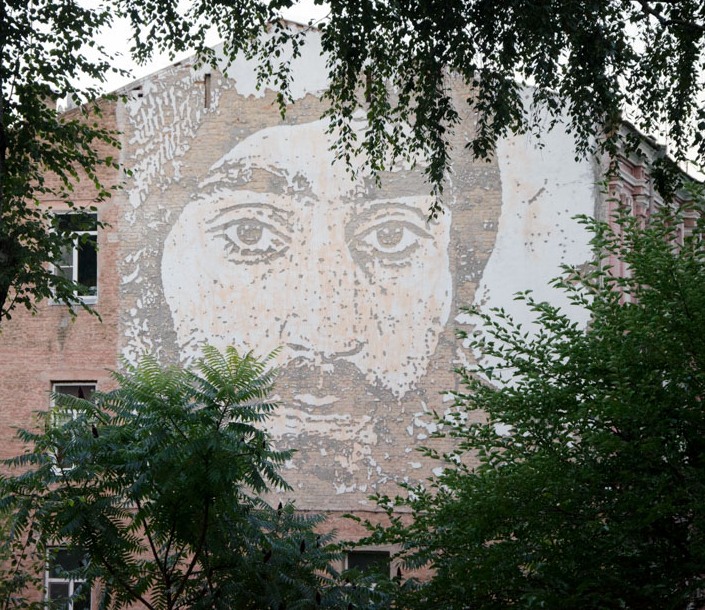 The portrait of Sergiy Nigoyan, the first victim of the Revolution of Honor, is one of the most famous Kyiv murals. The work of the Portuguese artist Alexander Farto is worthy of attention at least in that it is made in the original technique: graffiti is not painted, but literally embossed in plaster. The creator of the mural layer after layer removed the coating from the wall, exposing the old brickwork.

Mural Gymnast is the work of Fintan Maggie, an Australian street artist. The image is dedicated to Anna Rizatdinova – Ukrainian artistic gymnast and world champion.

Kharkov artist Alexander Brittsev depicted a white crow surrounded by black birds, and called his work “Herald of Life.” According to the author, the crows – the symbols of wisdom, and are able to surprise the mind and intellect. The location of the large-scale picture is also not accidental: in the same courtyard there is an open-air cage with the famous Kiev Ravens Karluha and Cyril – a famous tourist spot.

Mural on Andriyivsky Descent appeared shortly after the start of events in the Crimea. Alexey Kislov, a street artist from Sevastopol, did the work in collaboration with the Frenchman Julien Mallan. The painting with the image of a Ukrainian girl took 11 days from the creators and was created as part of the annual events of the French spring. 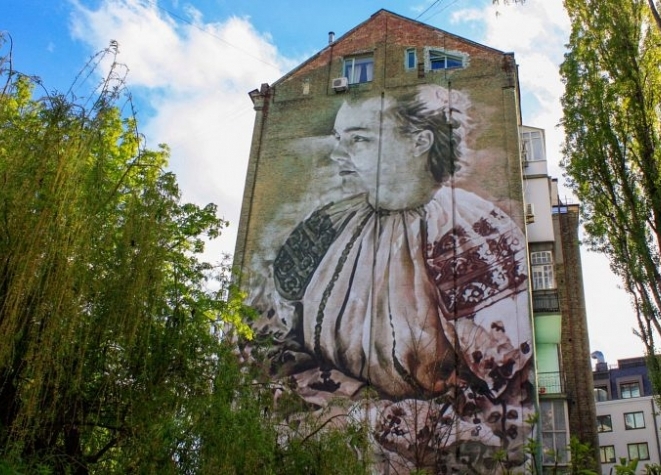 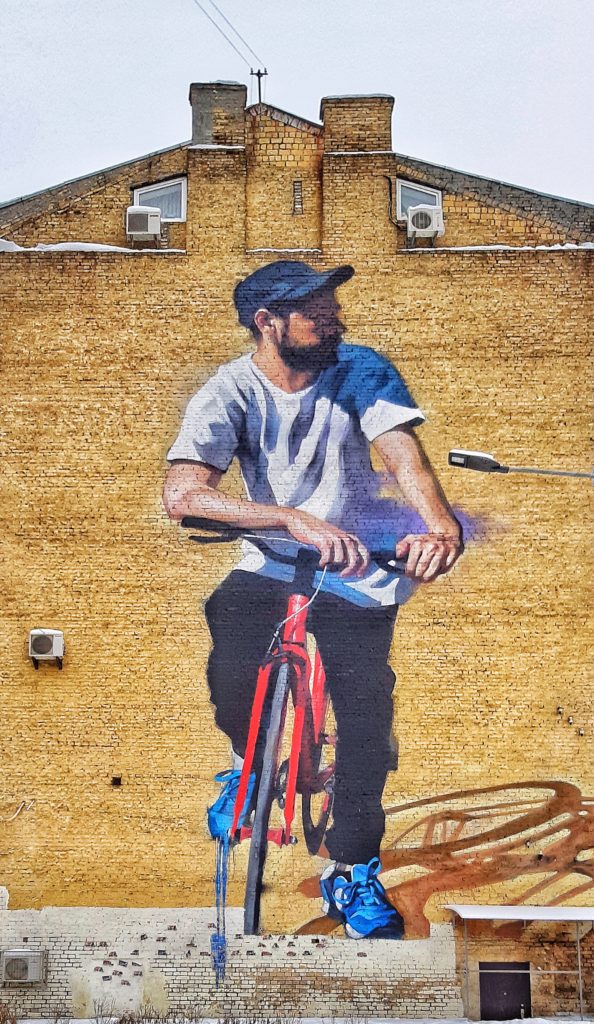